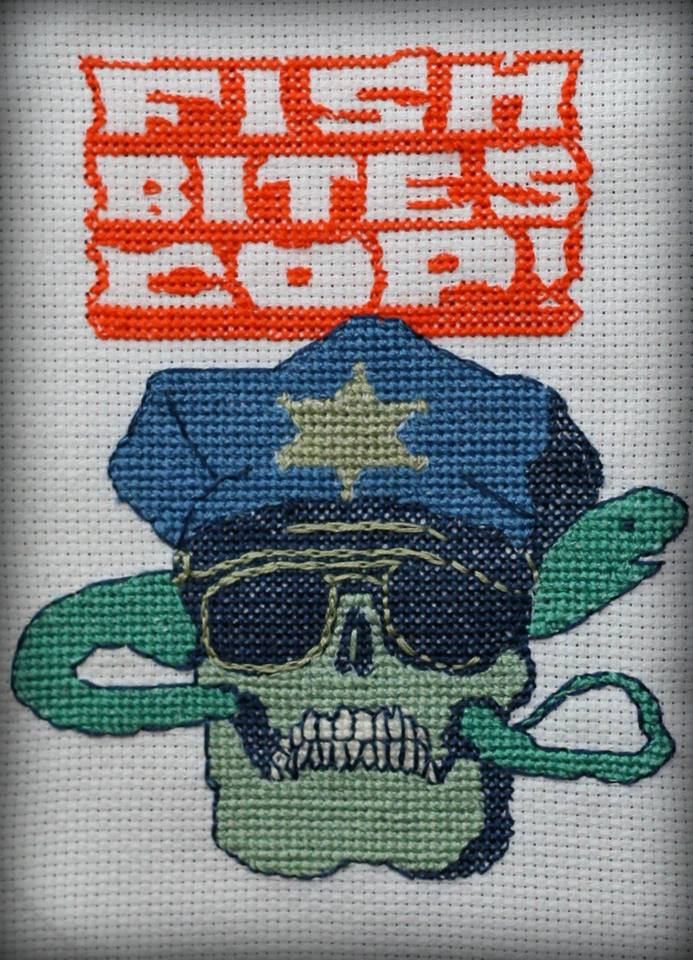 Fish Bites Cop! (Comet Press 2013) is now available in space-age digital form like Kindles and Nooks and other newfangled, high-tech reading devices, besides paper and glue (not that books haven’t always been plenty fangled). It is also available in special one-on-one pillow-talk audio version (not recommended). And if you live nearby and don’t trust the internet these days, signed copies been sighted on the shelf at Carmichael’s Bookstores and the local Barnes & Nobles (they put it in the “fiction” section for some reason), but make sure to click here for the Indiebound link. This Comet Press page will also take you to early reviews and blurbs, some preview videos and live readings, or just help you cut out the middleman and order it directly from the publisher.

Here are some more links from around the interzone that relate to my collection. Click the parts of these sentences that are purple or blue, colors that mean either “don’t eat” or “delicious” in the insect world:

Update: Someone just delivered a box of the real thing to my door! Reluctant to stomp on it for a full reveal, so here’s an almost pornographic spread instead. Incredible wrap-around cover by artist Mark Dancey. Read the last story if you want to know why the starfish is doing that: