spiders are our friends > Pig Iron 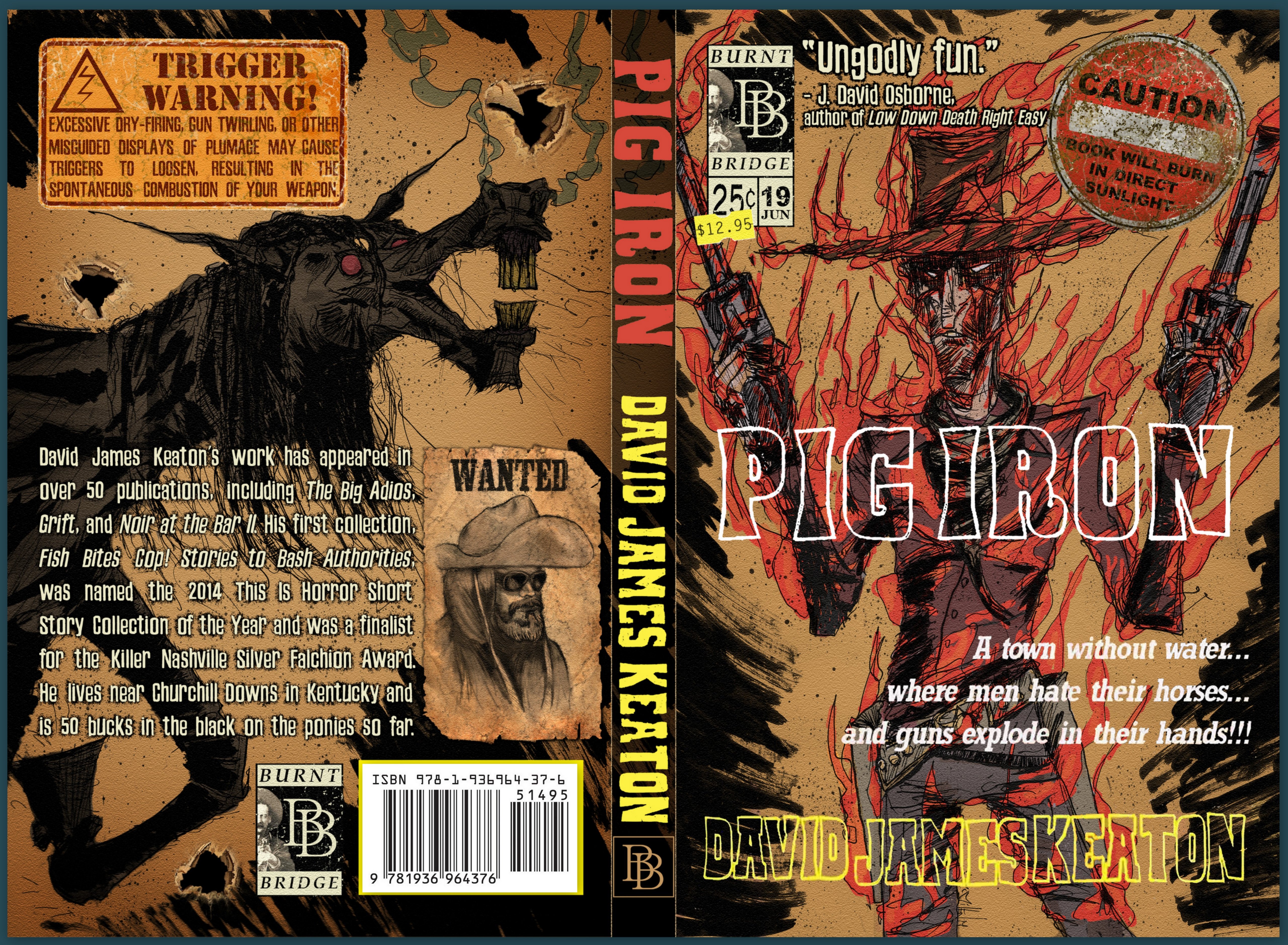 Pig Iron (Burnt Bridge/Blastgun Books 2015) is available on Amazon in paperback and Kindle formats. And here’s the Goodreads link where there are usually some giveaways going on.

This novel was the conclusion of a kinda “what if?” conversation my dad and I had about Marty Robbins’ epic song “Big Iron,” and it started as a screenplay, then at some point became a short story, then a knock-knock joke, then a novel, then a dare, then finally ended up as a song. Thanks to Harley and Gabi Ferris for singing the hell out of my lyrics, and adding some flourishes that continue to crack me up:

I had some fun throwing Pig Irons around all summer, doing some interviews here and there, like when I talked to these crazy guys at The Oatmeal Raisin Conspiracy, and answered 10 Questions over at LitReactor, and then 10 more over at The Western Online. I also did one of Spinetingler Magazine’s new “Western Wednesday” interviews.

We had some contests, gave away some western-themed goodies like the highly addictive “Cowboy Bark” pictured below, and artist/designer Dyer Wilk attached warning stickers and old-timey price tags and then shot the hell out of Tony McMillen’s amazing now-bullet-ridden artwork on some Advance Readers Copies. You know, shootin’ up books to save lives, like you do. I also attached the usual eyeballs… 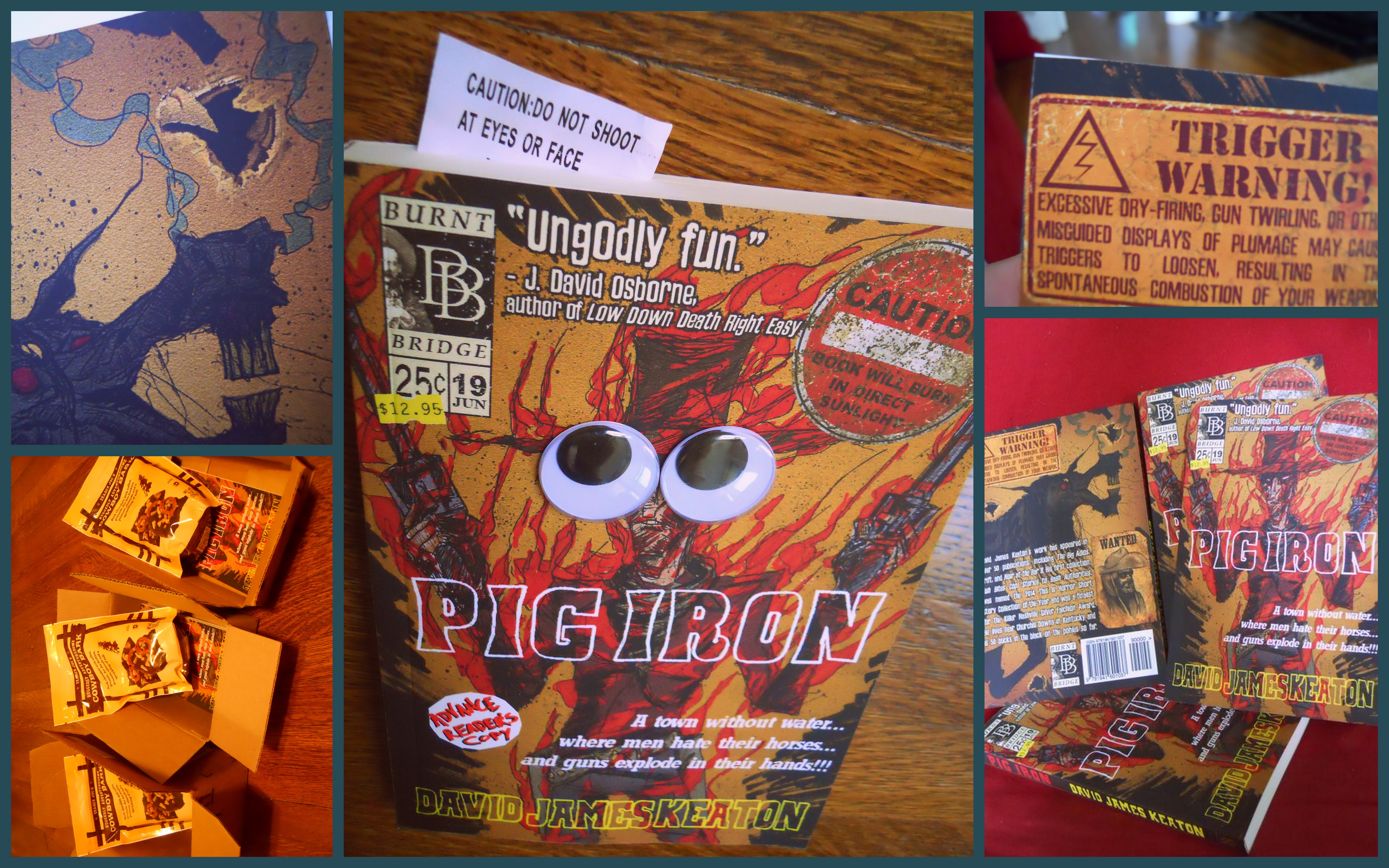 Over at Do Some Damage, I stopped by to talk about the strange devolution of Pig Iron (again), how it started out as a song, became a movie no studios wanted (westerns remain a tough sell, though one of them did request an alien/western hybrid scripts instead. uhhh…), how the concept eventually became the short story “Three Ways Without Water (or the Day Roadkill, Drunk Driving, and the Electric Chair Were Invented),” was expanded back into a novel, then filtered back down to a song all over again, like a prospector shaking the water out of his pan, but only if dead, pancaked bullets were left rattling around in the pan instead of gold, of course.

A roundup of Pig Iron reviews below: 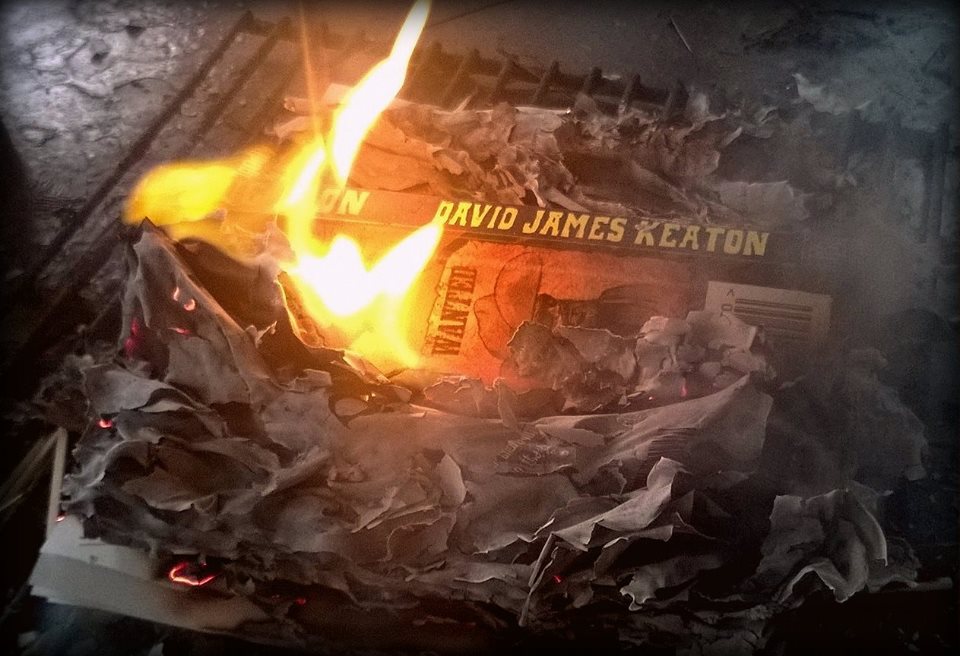 (words and music by Arty Stealins, based on the song “Big Iron” by Marty Robbins)

It was early in the morning when they proceeded into town
Where water had grown scarce and fires raging all around
“Who the hell hates horses?” Came the whisper from each lip
And can a man even fire from a pig iron on his hip?
Pig iron on his hip

In this town there lived a psycho by the name of Texas Red
Befriended by dead dogs in a well, all were left for dead
He was vicious and confusing and rode a horse that wouldn’t die
Though he’d taken his own pistol and shot it in the eye
Shot it in the eye

One of the strangers started talking made it plain to all their ears
He was an Arizona ranger in the twilight of his years
He’d come to get his sister, after killing Texas Red
Always thought his shelf might look nice with that motherfucker’s head
Motherfucker’s head

Wasn’t long before the story found its way to Red’s young gang
They killed the Ranger’s final friend, vowed to see the Ranger hang
But weren’t as worried about the Ranger as they’d seen him make the slip
Carried a gun made of pig iron that exploded on his hip
Exploded on his hip

Pig iron on his hip