guns don’t kill people, writers do (or a gun is never a rabbit)

spiders are our friends > SPIDERBLOG > Uncategorized > guns don’t kill people, writers do (or a gun is never a rabbit)

First off, don’t say the word “gun” too many times or it sounds all wrong, so I apologize for what will follow.  Second, I feel bad that in an earlier post I referred to my cop-killing opus as some kind of experiment. That made it sound like pulpier stuff is some sort of undercover slum job and not really a true love. But how could it be anything other than true love when it’s the only incarnation of my rambling so far that has given me back any love at all? I’ve been writing the quiet epiphanies, indulgent memoir tire-spinning, and moody workshop stuff for half a decade now and only accumulated enough rejection notices to weave into something slightly smaller than the AIDS quilt. So, I think it comes down to this. For any satisfaction, the guns in my stories have got to go off. Didn’t someone already say this? Of course. Well, I’m saying it again.

If someone wrongs someone on the page, they can’t just dissect it in their head on the ride home like they would (or I would) do in real life.  They got to be dealt with! Punched in the face? Yep! Wronged right back? Sure. Why not steal that car? Why not put that character’s head through the TV? At this point, I think I’ve exhausted everything a character can think about wanting to do but not having the guts to do it. And, yes, I understand that these little literary Hamlets are much easier to relate to than someone who, say, starts eating his cellphone rather than yelling into it. But despite his reputation as a no-action leading man, remember, Hamlet did eventually go off.  Big time. Everyone seems to forget that part.

So, it was Chekhov’s gun, right?  That’s what the internet’s telling me right now:

“If in the first act you have hung a pistol on the wall, then in the following one it should be fired. Otherwise don’t put it there.” – Gurlyand’s Reminiscences of A. P. Chekhov.

Then, in 1889, twenty-four-year old Ilia Gurliand notes these words from a conversation with Chekhov:

“If in Act I you have a pistol hanging on the wall, then it must fire in the last act.”

And finally, at some point in the late 1990’s one of my instructors at Bowling Green says to me when I run in late:

“Hey, if there’s a rifle over the fireplace, it better not have cobwebs on it by the end of the flick.” – Possible Bowling Green Professor or Genius Janitor Pulling Good Will Hunting Ruse (sans math).

So with all these variations, he must have said it all the time, right? Chekhov, not the janitor.  There seems to be no indication of a “fireplace” in any actual quote though, near as I can tell, but I know I’ve heard that more than once, too. Let me look online a little
harder right now…

Okay, I’m back. It looks like sometimes it’s a loaded rifle, sometimes it’s a pistol, sometimes just a “gun,” but no fireplace. Oh, well. But if you want a good example of that fireplace, check out Peckinpah’s Straw Dogs. In that movie, they mount a bear trap over a fireplace, and by the end of the movie…it goes off.  And by “goes off,” I mean the bear trap is on somebody’s goddamn head. Also, in case the point isn’t make clear enough, two nubile young women bring in this bear trap at the beginning of the film (they call it a “man trap,” too, of course) walking it slowly down the center of the stage, er, street, while the townspeople hoot and holler.

And check this out, apparently, some 1997 movie called Chekhov’s Gun had the characters discover their gun in the first act and then go about desperately trying to avoid it. But just like the inevitable murder in Dick’s “Minority Report” or that short story I sort of remember from Omni Magazine called “Five Sight,” this will always makes things worse. I also read or heard from someone wise that we look for Chekhov’s guns everywhere now because of movies like Harry Potter and the glut of shows like Lost (hopefully soon to be interrupted by Obama’s State of the Union Address. Of course, if the show’s writers were smart, they’d work that interruption into the script and be remembered forever rather than just whining about it all week). And in cinema these days, there also seems to be a plague of that reverse writing and backwards sprinkling of clues that was so infuriating in those Encyclopedia Brown mysteries.  It’s a good point.

But I think they’re missing an even bigger one:

Originally, everyone mistook the Chekhov’s Gun thing for foreshadowing, at least that’s a popular opinion these days.  It’s fun for scholars to bust people when they use that quote and smugly explain over a sigh that he never meant for us to be sprinkling in clues to be revealed later in a story, that he was simply giving advice on story efficiency and that’s all.  In other words, what he meant was “introduce nothing you won’t use, kids!”  But, you know what, I don’t think that’s right either.

I think it really is all about a gun.

Think about it! This is why Cheknov kept telling anyone who would listen at these dinner parties his little nugget of wisdom, but making sure it always contained a weapon.  Yes, I agree that any advice sounds great when it uses a gun to make a point. Even more fun is when ESPN’s Troy Webb uses, count ’em, 739-firearm-related metaphors in a
single article…

“Players shoot all the time. They fire away, they launch from outside, they let it fly, they have a quick trigger, they hit baskets, they shoot the lights out, they’re right on target, they’re long-range bombers. Players steal the ball, trigger the fast break and throw
bullet passes for slams. Oh, my God, the coach just shot a spectator in the fucking face with a Spencer rifle…” – Actual Words

And, okay, maybe they don’t really mean guns and bullets on the court (which would make for better basketball, I’m certain, just watch the opening scene of The Last Boy Scout for inspiration if you doubt it) but this man meant a gun, people!  There is no metaphor! He must be talking about an actual gun because…

I don’t know. Because he used a gun in his own story?! Yeah, that’s it. Remember Uncle Vanya in that one story called “Uncle Vanya”? That’s right. Don’t introduce a homicidal Uncle Vanya either unless he’s gonna go off.

Think of it this way, and his advice for writers is so much easier to follow. Try this real quick: Substitute “gun” with “rabbit.” See what I mean?  Now imagine Chekhov going around telling people variations on a “don’t introduce a rabbit unless it’s gonna go off” axiom.  People start to wander away at those dinner parties now, don’t they? Okay, maybe that made more sense before I typed it, but what I’m trying to say is this: 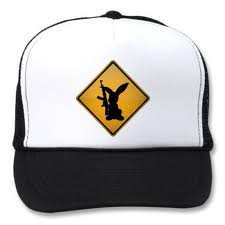